Having gazed down at snowy mountain ranges in Turkey for the past months from airplane windows, I was ready to experience the snow firsthand. After classes had finished Friday evening, I boarded an overnight bus for Erzurum, a city in Northeastern Turkey where four Fulbright friends reside. The 14-hour journey went smoothly, though there were a few slow stretches due to copious amounts of snow around some mountains passes. Several communities in Bingöl Province had so much snow vehicles and homes were covered with massive drifts. 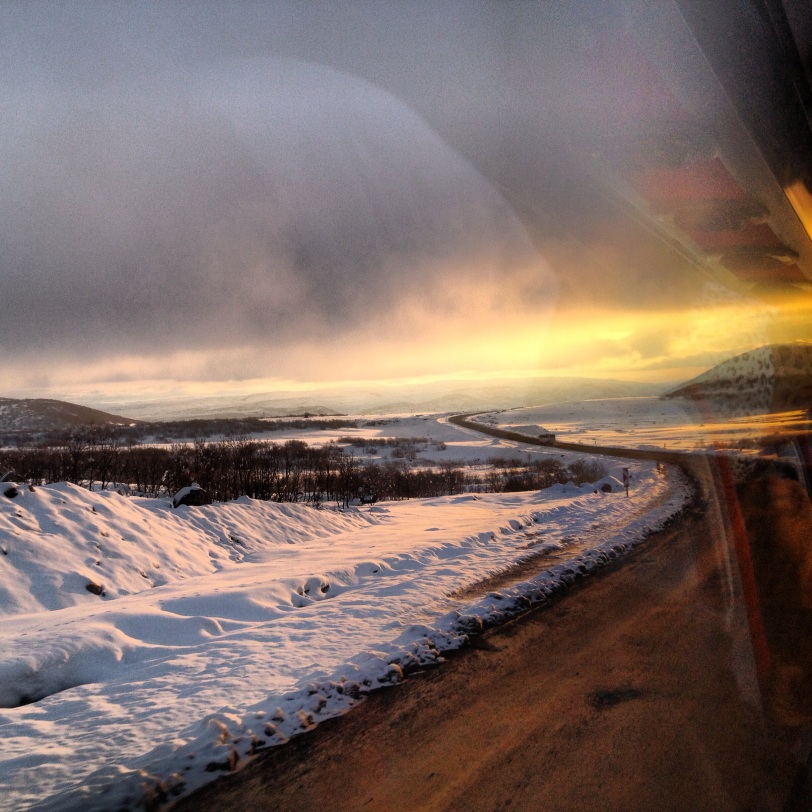 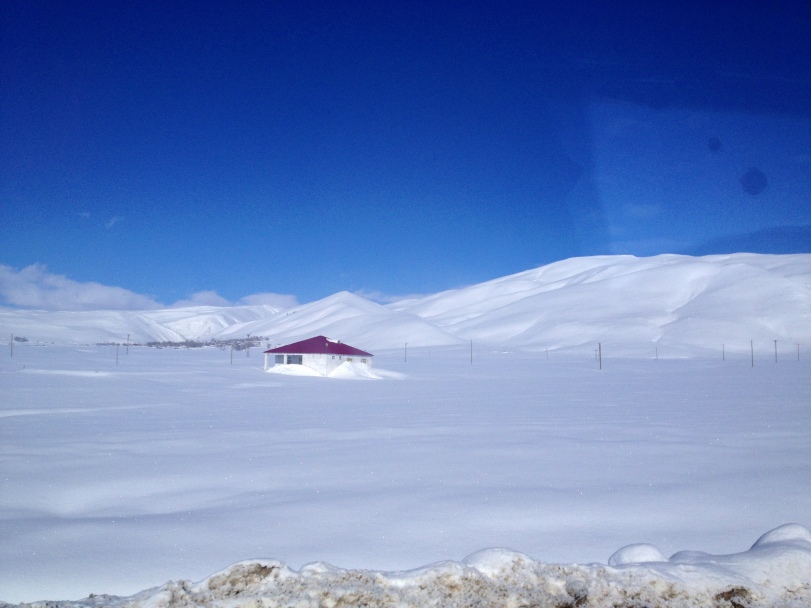 Our bus pulled into the Erzurum otogar at 10:30 Saturday morning. I hopped in a taxi and headed straight for the slopes of Palandöken Mountain. My friends had just checked out all their gear at Xanadu Snow White Ski Resort and were starting a lesson with an expert ski instructor. I piled on several layers and joined them. 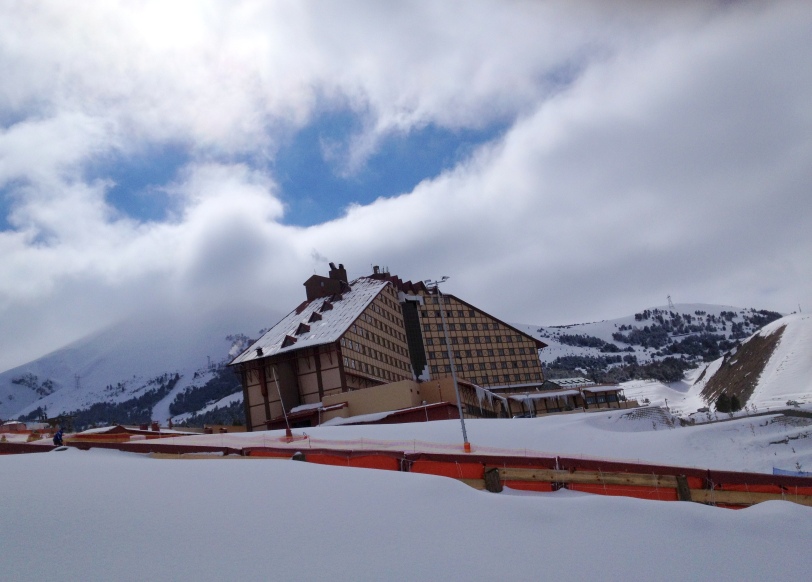 One of the ski resorts on Palandöken

Some of the arkadaşlar (friends) I joined on the slopes 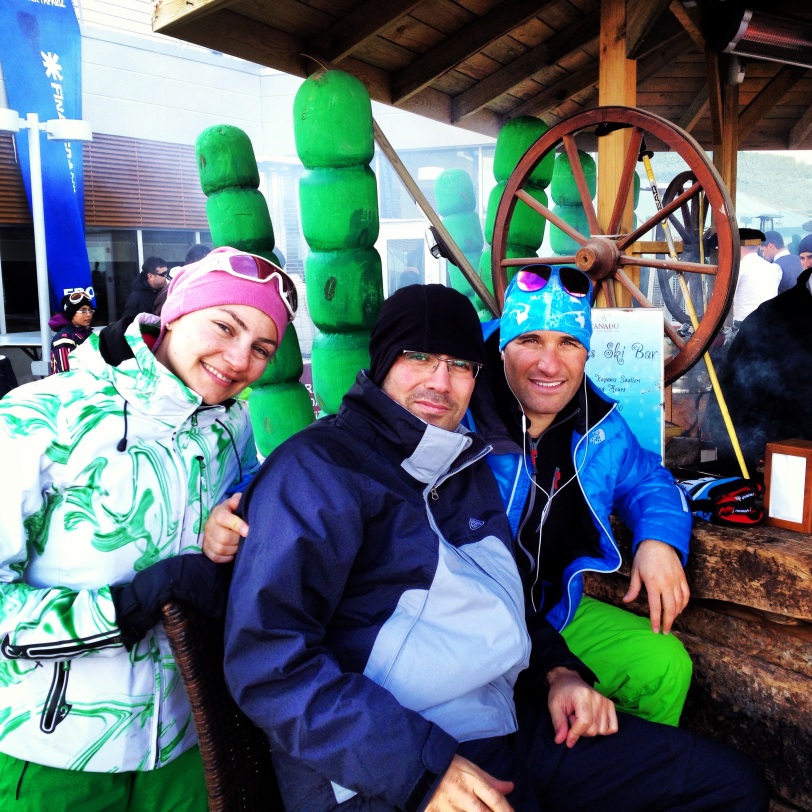 I realized with surprise it had been years since I had glided down a snowy incline with two boards attached to my feet. I hadn’t made any effort in the past years to hit up any slopes, and I actually missed it. There is a certain thrill to skiing that can’t be found elsewhere, and it’s remarkably peaceful to ascend a snowy mountain on a ski lift. Regardless of how loud music from a nearby resort is blaring out onto the slopes, the snow still creates a quiet calmness that pervades you and brings reflectiveness and stillness to the moment. Then you reach the top, and down you go!

Heading up the mountain 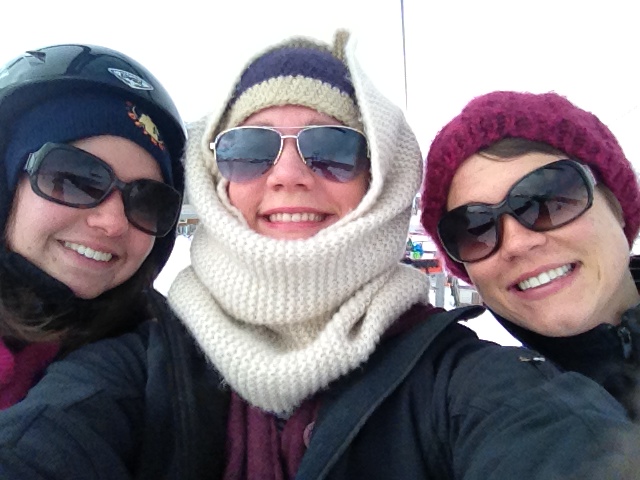 Looking back with a view of Erzurum in the distance 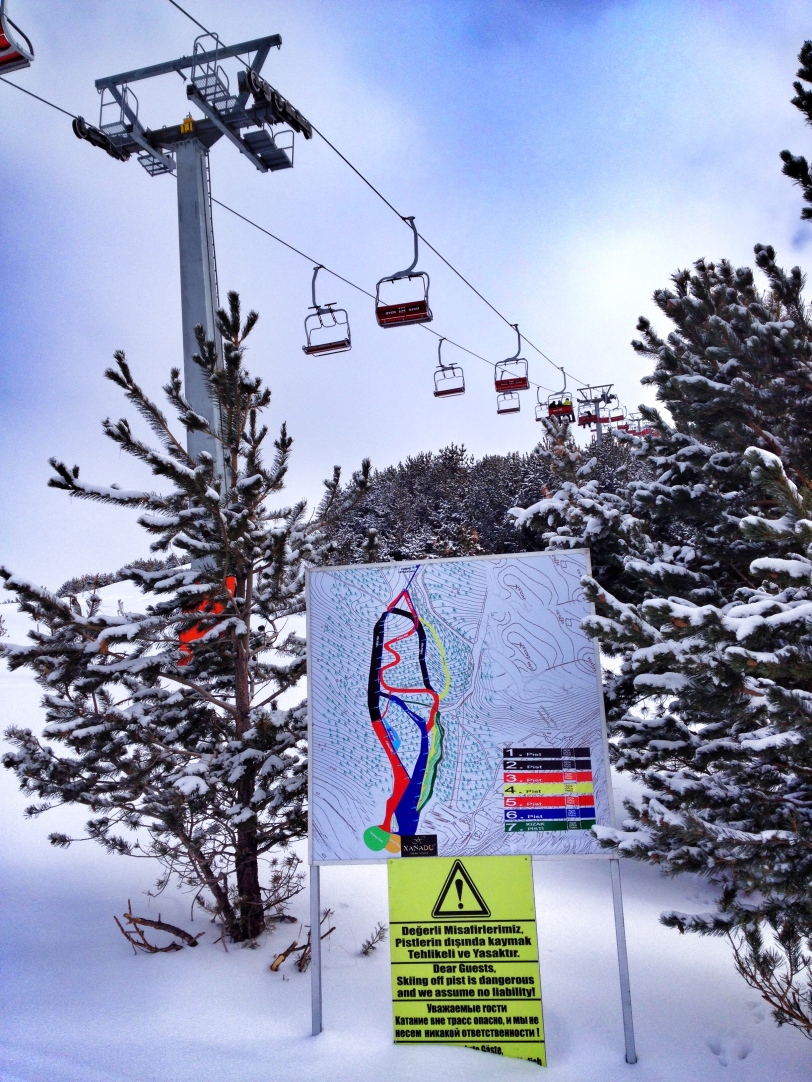 In fact there a number of skiing spots across Turkey, from West to East and even some nice areas in the South. The prices are reasonable and though there might be a number of foreigners on the slopes, they are not overly crowded. We ran into members of ski teams from all over Turkey as well the United States and Canada, and overheard countless languages being spoken.

Getting the hang of it on the bunny hill 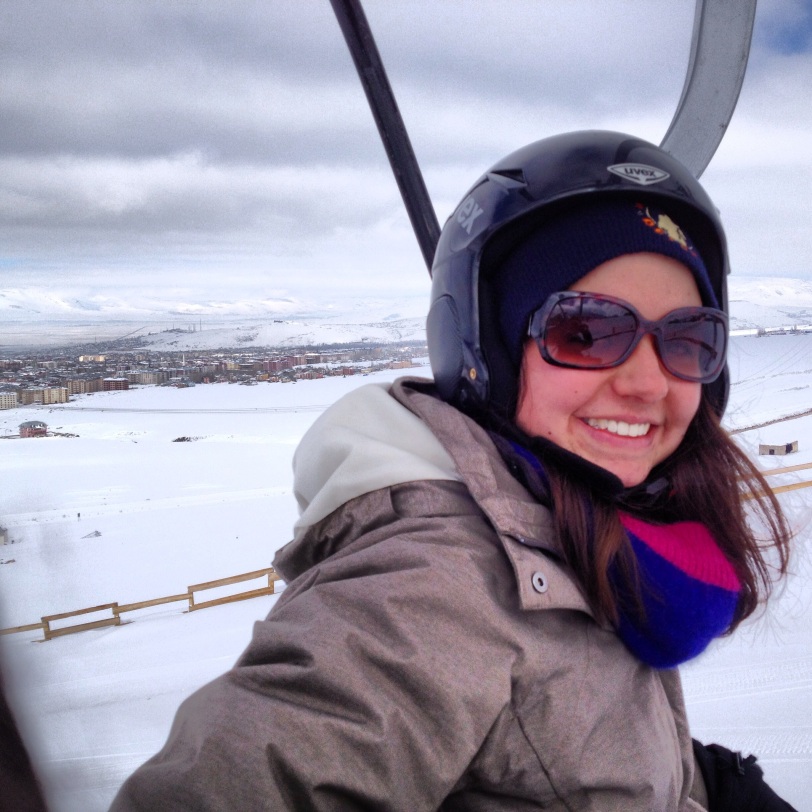 The view was gorgeous, and it was fun doing something different. At times I had to stop and wonder, “Where am I again?” Turkey truly has something for everyone, and I’m glad I was able to experience skiing here at least once this year.

They’ll be pros before the season is finished 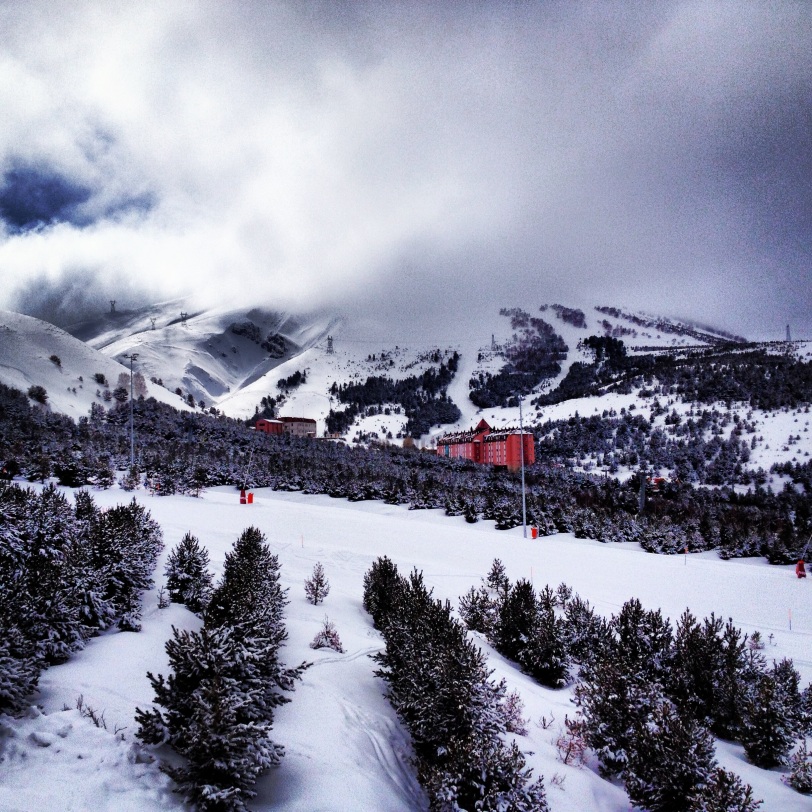