Tabouleh has long been a go-to side dish for me. If I am invited to a potluck or picnic, I whip up a batch. I make it for myself and take it to work for lunch, or share it with family and friends. Living in the Mediterranean region of Turkey, I was sure I would encounter it, even if it does have Arabic origins. So far, it has not been a very big part of my life in Turkey, but the main ingredient, bulgur, has. It turns out bulgur is a Turkish word, and is one of the most common ingredients in Turkey. Here there two main types of bulgur, one that is finely ground, köftelik bulgur, and the more course variety which is better for pilaf, pilavlık bulgur.

Living with a Turkish roommate, especially one as good as mine, has many perks, and one is that I can experiment in the kitchen with the advice and instruction of a professional, aka a Turkish woman. I recently began blogging for and corresponding with a classroom of seventh graders in New York City, and was asked to share a recipe. Eda and I rolled up our sleeves and got to work translating and measuring out a nutritious and delicious Turkish recipe that contains many important staples and therefore represents the country well: Kısır.

Similar to my beloved tabouleh, Kısır can be eaten as a snack, side dish, or as the main course, and it keeps for several days. I hope you enjoy it as much as I do!

Rinse the bulgur. Place in a bowl and pour 1 ½ cups boiling water over it. Cover and let stand until the water is absorbed. Mix in tomato and pepper paste followed by the olive oil (in Turkey, people often use their hands, and especially for this recipe, it’s quite effective!). Now mix in the remaining ingredients, and it’s finished! Serve on a piece of lettuce and eat like a taco… or if you prefer, just eat with a spoon. Afiyet olsun! 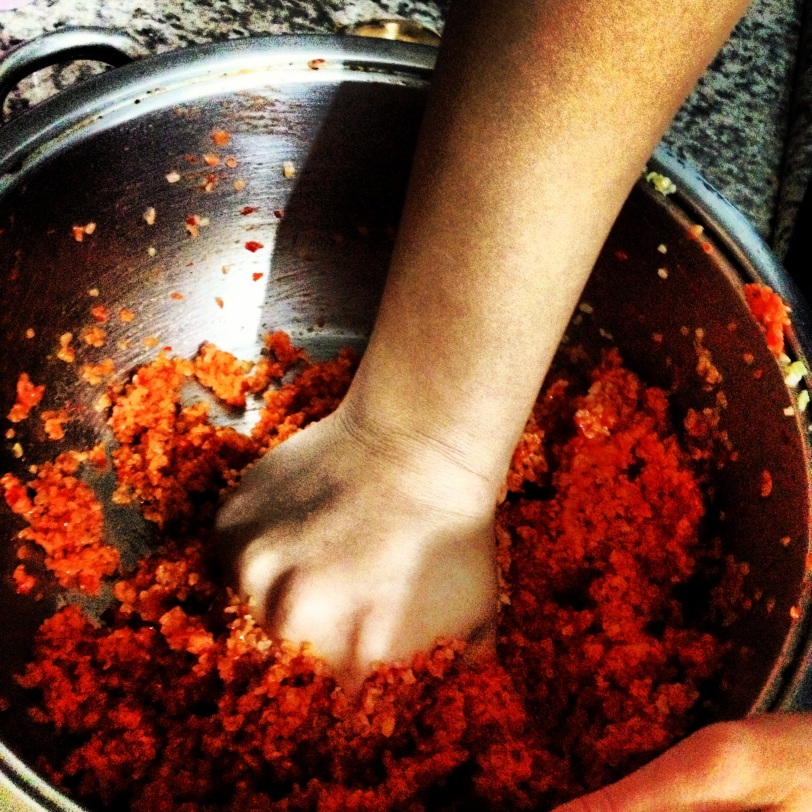 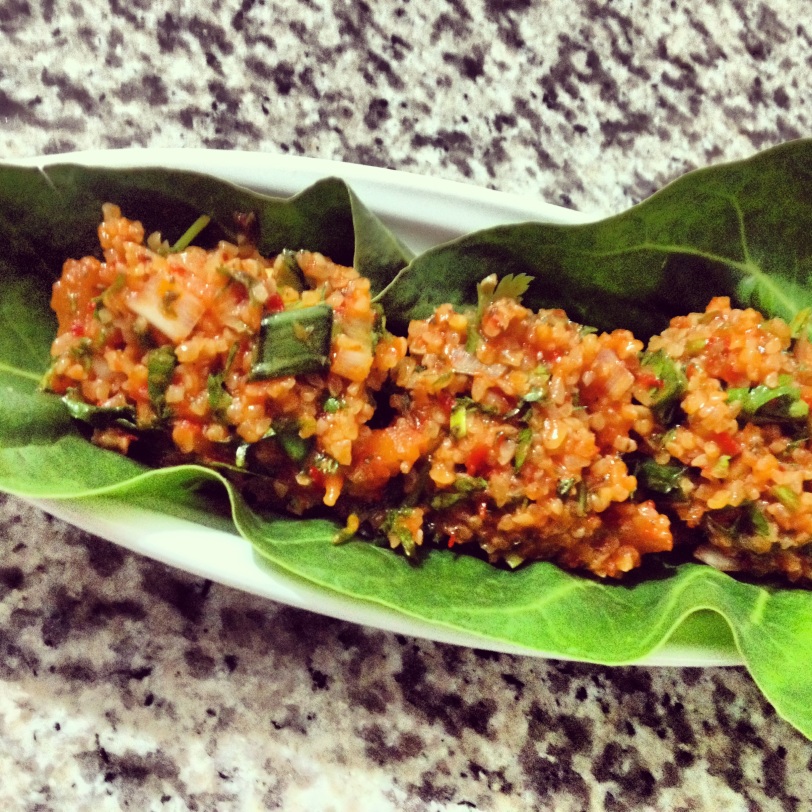 Kısır on a lettuce leaf

Afiyet olsun (ah-fee-yet-ohl-soon) is like bon appetite in French, but can be said before or after a meal. People here often ask me what we say in America. I guess afiyet olsun would be like “Enjoy your meal,” though this is not a common phrase in American culture like it is in Turkey. Especially after getting used to Guten appetit in Germany, it now feels funny for me to not say something before or after a meal.

Another nice phrase people say in Turkish is Elinize sağlık, which translates to “health to your hands.” This is said to the cook after eating a delicious meal they prepared, and I think it’s lovely. 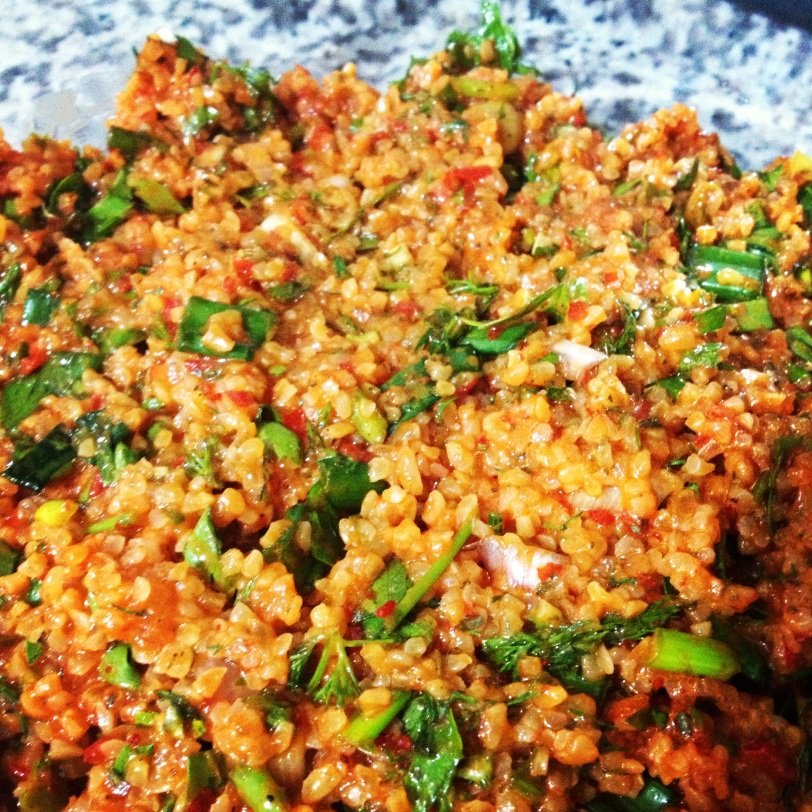 A nice batch of Kısır