It was wonderful being home. I loved spending time with my family, being a part of special events, catching up with friends, and having a few of my favorite dishes. It also gave me some time for reflection, and I couldn’t help but miss many aspects of my Turkish life. Some of these things I brought along to introduce to my family, like a Turkish tea pot, tulip glasses for sipping Turkish tea in, Turkish coffee pots, and of course tea and coffee to fill both items. 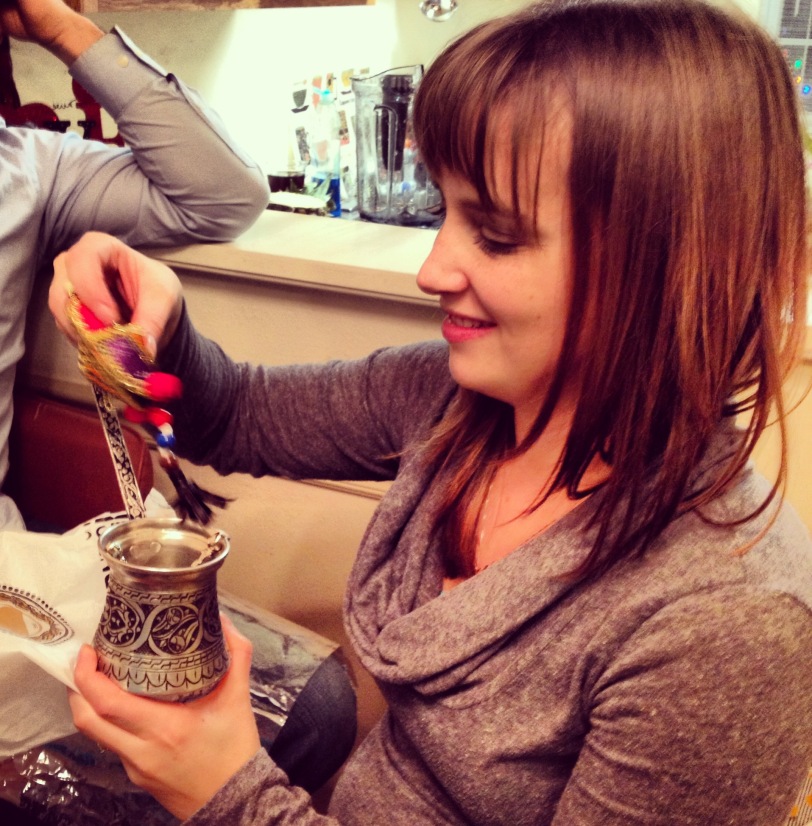 A Turkish coffee pot for my sister-in-law 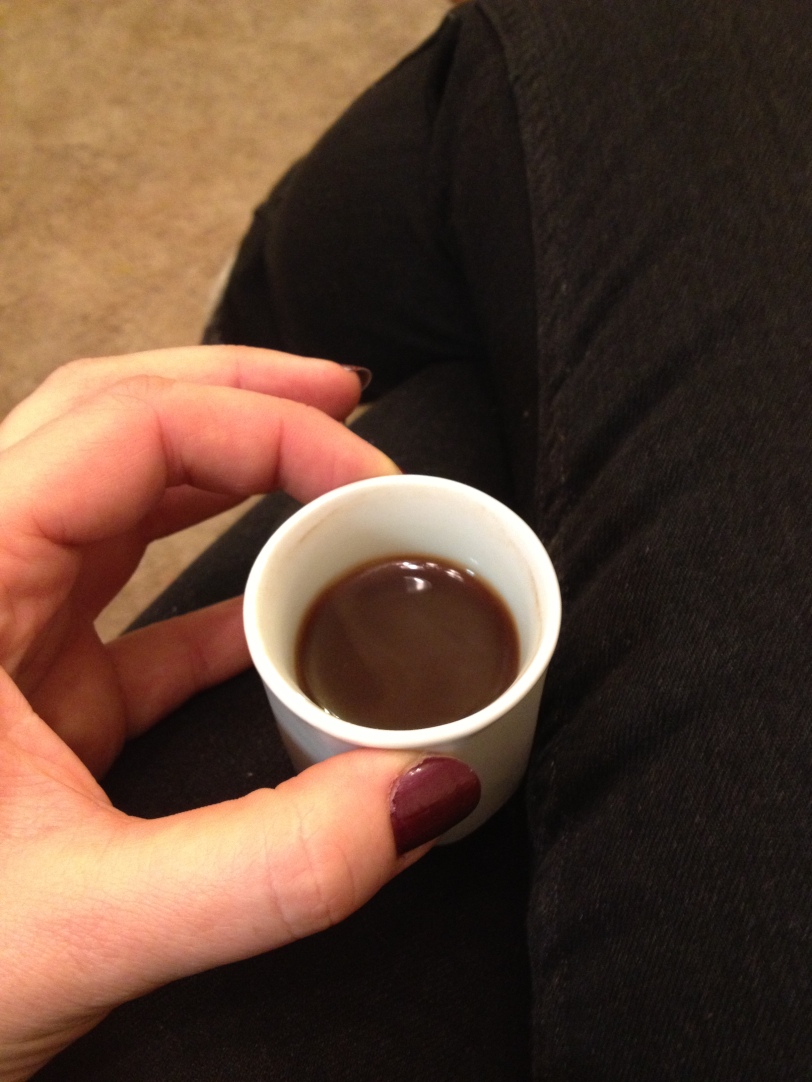 Evil eyes for and from my friends

As I reconnected with people at home, I tried to think of the best way to describe my current life. I have grown accustomed to so many things, but being away for a bit has reminded me that these are actually different than what people in other parts of the world are used to. Here I thought I would summarize parts of what contribute to my world in Turkey:

One aspect of Turkish life that one won’t hear in America includes the call to prayer, or ezan, which happens five times every day. The first is within the five o’clock hour in the early morning. This does not wake me, although it’s very loud and I live right next to the neighborhood mosque. No, hundreds of people do not flock to the mosque in order to pray. Some do, but it serves more as a reminder to get one’s prayers in for the day. Regardless of your religious beliefs, taking time throughout the day for reflection is important for anyone’s well-being, so I try to utilize this opportunity. 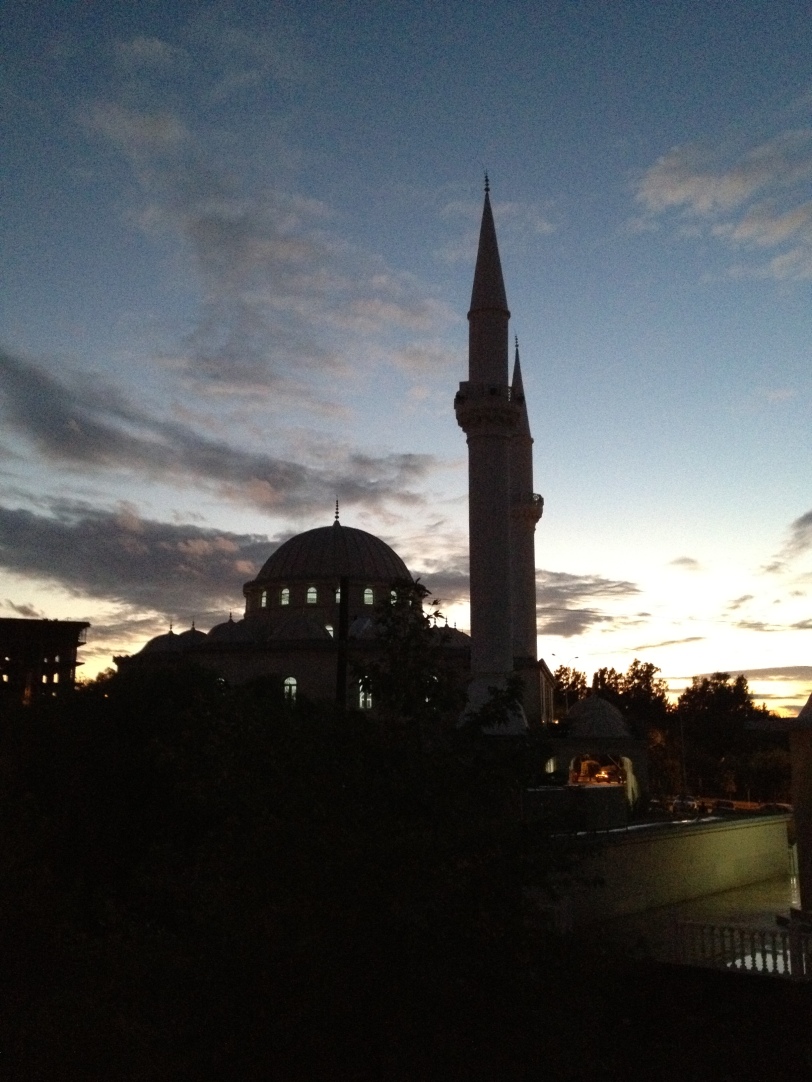 I realize I have promised this before, but next up will be a post on tea in Turkey. This is so much a part of everyday here I admit I sometimes take it for granted.

Anywhere and everywhere, and always accompanied by beet sugar

Turkish coffee is also part of my daily life here, but I have written on that before.

a cup of Turkish coffee at a student’s home 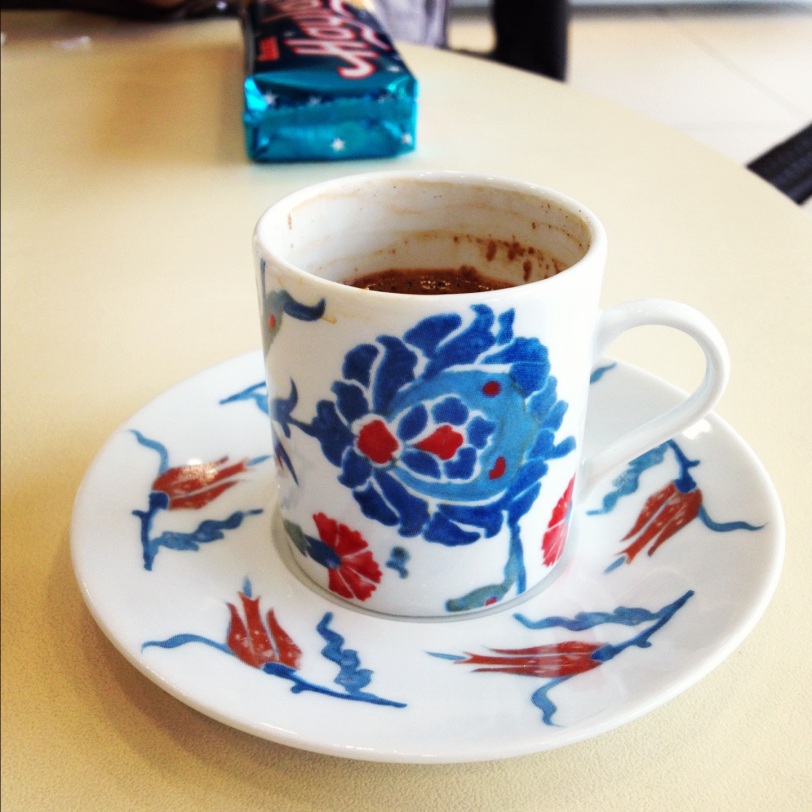 I live in a rich agricultural region, and am so very grateful. The neighborhood farmer’s market, or pazar, occurs every Thursday, but these also happen throughout town on other days of the week. When the actual pazar is not occurring, the mom and pop markets carry fresh fruit and vegetables, or you can often purchase them from a cart or vehicle on the side of the road. Basically, we have fresh produce straight from the ground at rock bottom prices at any and all times. Heaven!

A small example of the weekly bounty in Osmaniye 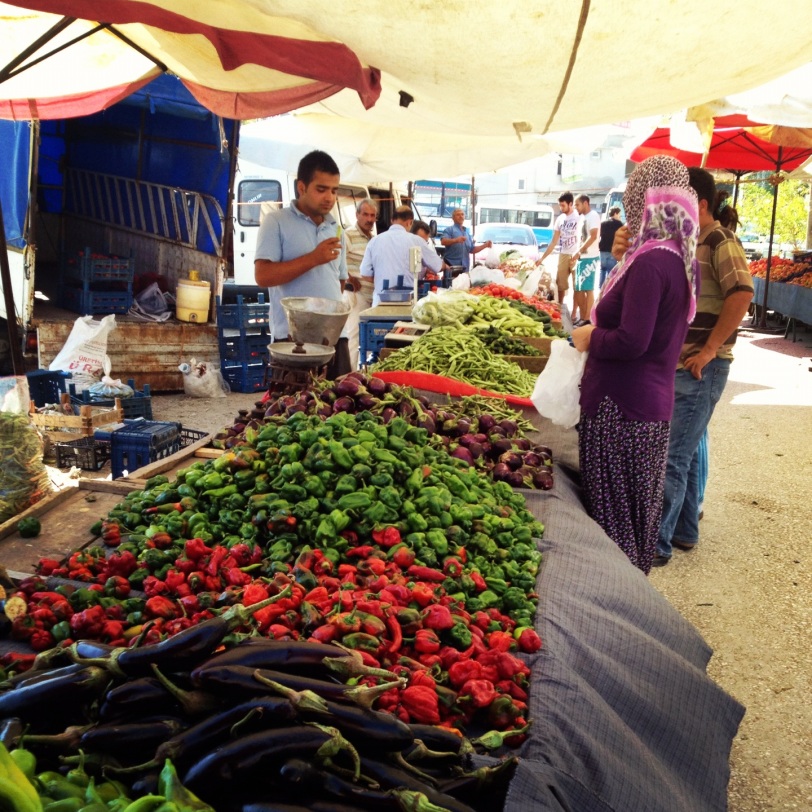 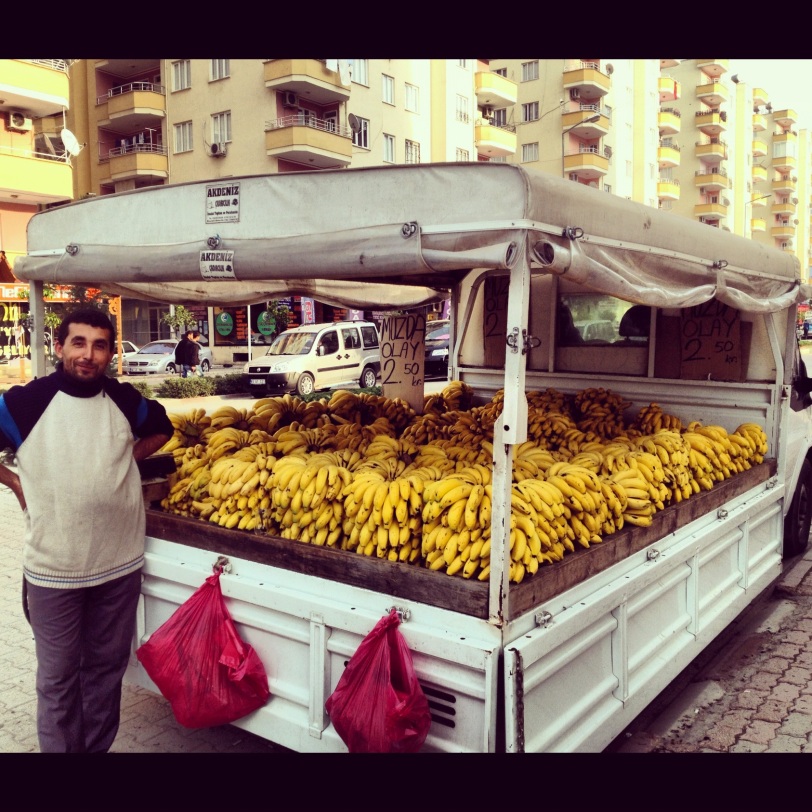 Along with plentiful vegetables come perfect breakfasts. Breakfast was one of my favorite aspects of German culture, especially on the weekends. I must say, outside of the cheese and bread selection, Turkey might even do a better job. Here we include tomatoes, cucumbers, olives, cheeses, eggs, meats and bread on our breakfast table. And Turkish tea and coffee, of course.

Turkish breakfast on the balcony

Turkish breakfast laid out fancy at a restaurant

Dolmuş action. I do not have a car. Driving in Turkey is… more exhilarating than in the States. I have driven a rental car here before, but in general, I use public transportation for everything. This might be a big bus or a little bus, a big van or a little van, as well as the occasional airplane, personal vehicle, taxi or donkey (Just kidding. I have yet to ride in a cart or on a donkey!). But the dolmuş is probably my favorite, just because it can be such an interesting experience. You never know when you will end up holding a baby or sitting on a massive vat of homemade cheese. Unlike experiences in other countries, I really haven’t had many encounters with animals sharing my dolmuş so far, so this makes it seem pretty civilized.

The view from a dolmuş

It can get pretty fancy

I am from a land of divine sunscapes (sunrises and sunsets), but thankfully, they also exist here. 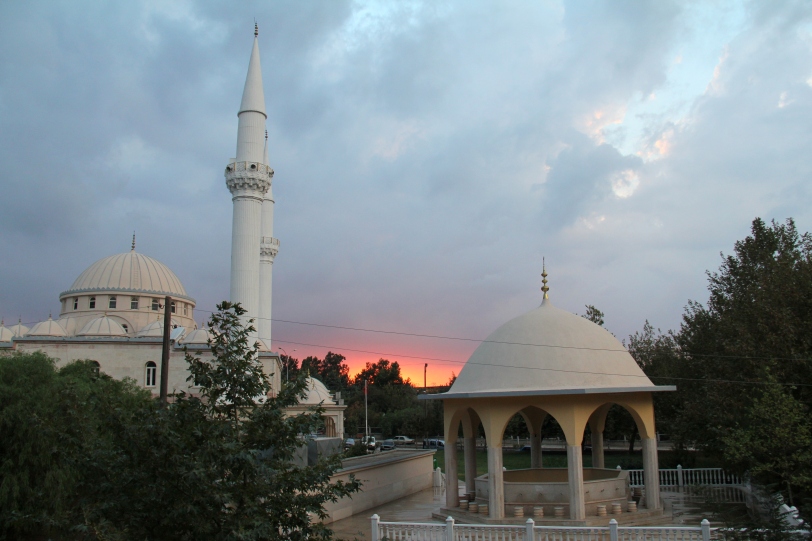 Sunrise in the Osmaniye Province, with a castle in the forefront

Sunset in the mountains

Osmaniye is known for peanuts, our major crop. Peanuts are good, but just down the road an hour and a half is Gaziantep, which is the pistachio capital of the world. I love pistachios. Around here, where there are pistachios, there is baklava, and it is so so good. 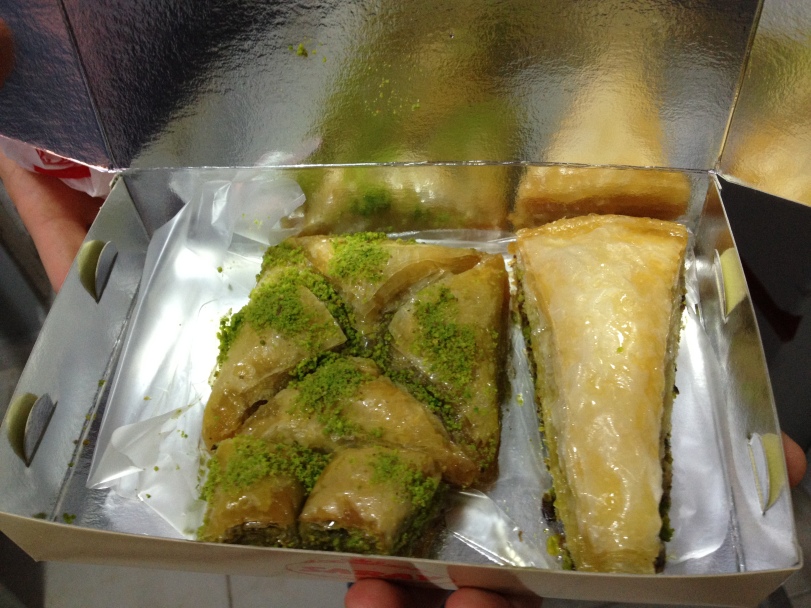 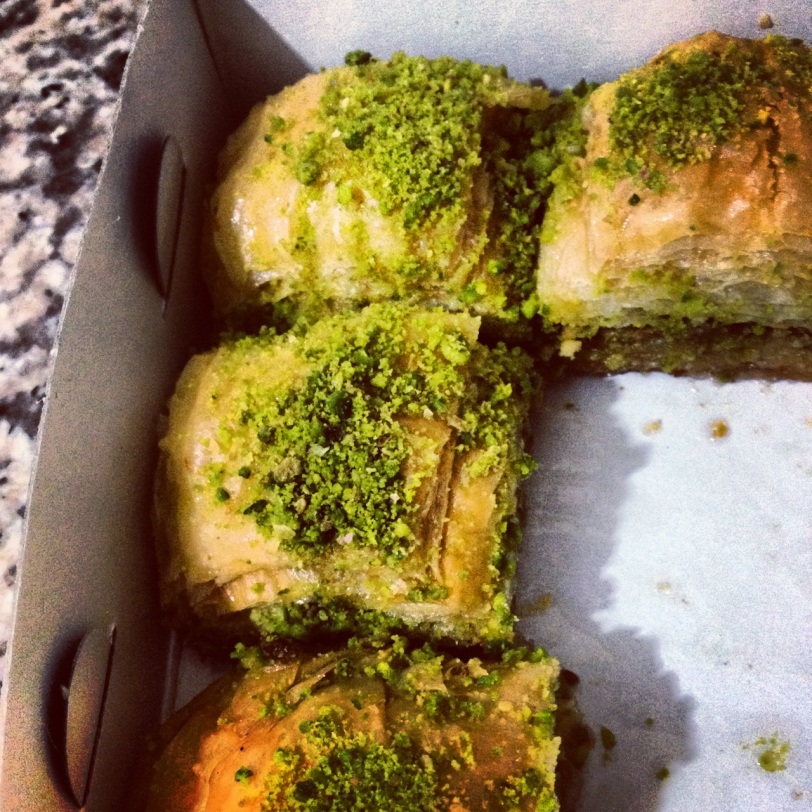 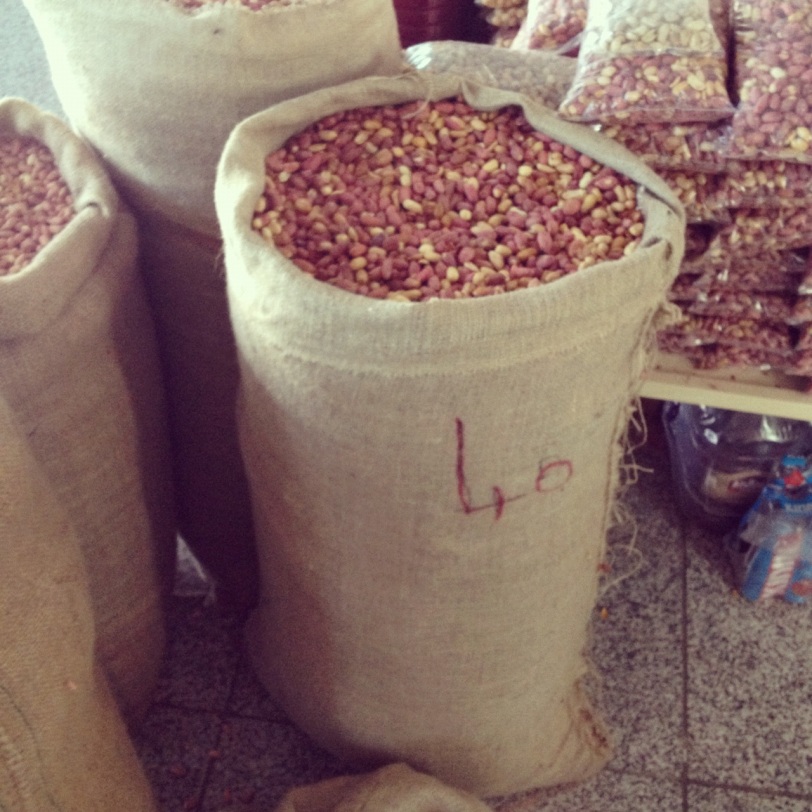 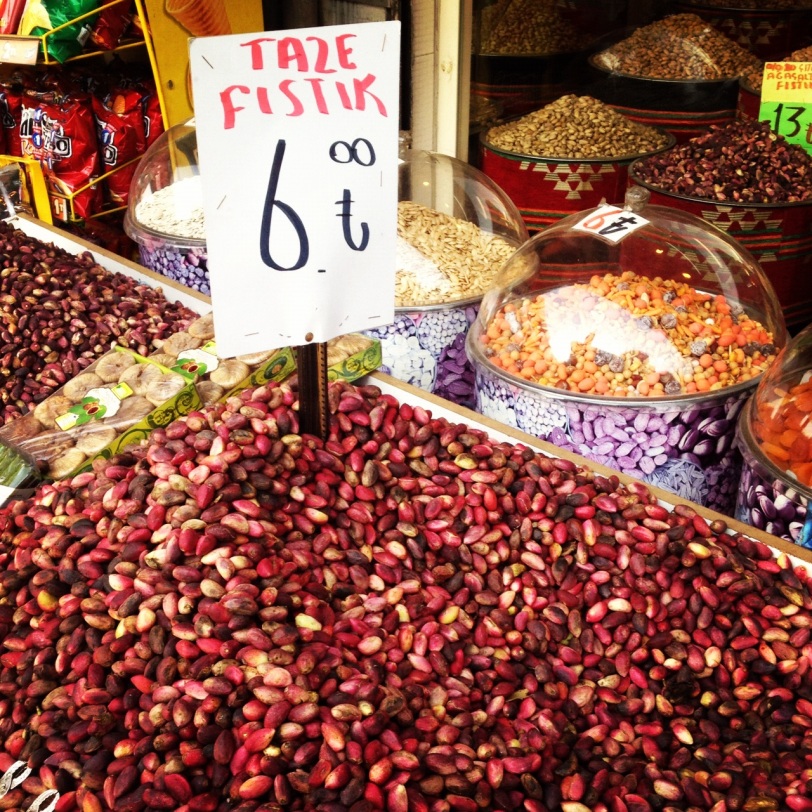 Constant construction. Maybe this isn’t the case across all of Turkey, but here in Osmaniye, buildings, streets, sidewalks, and various forms of infrastructure are going up all around us, all the time. We were warned, but had no idea we would see so much change in a such a short amount of time. It’s really exciting, and keeps us on our toes. One really never knows what the next day might bring here, including perhaps a new building or even a new forest! Twice so far entire fields on our campus have been transformed overnight into forests, meaning hundreds of trees have been planted. Since we have been here, countless establishments have opened in our neighborhood, the main street was paved, new statues are going up, sidewalks have been installed, and the list goes on and on.

This field was empty a mere two months ago.

Then it started becoming a meeting space… 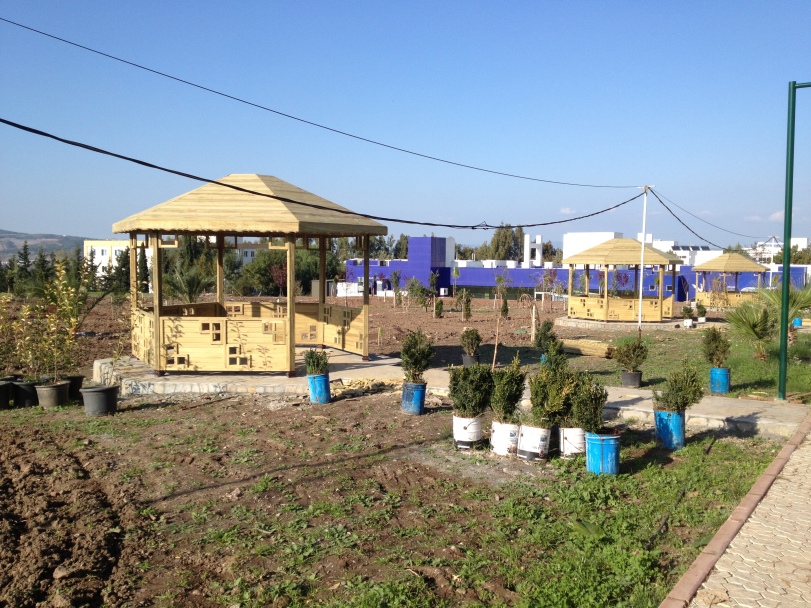 And trees were added 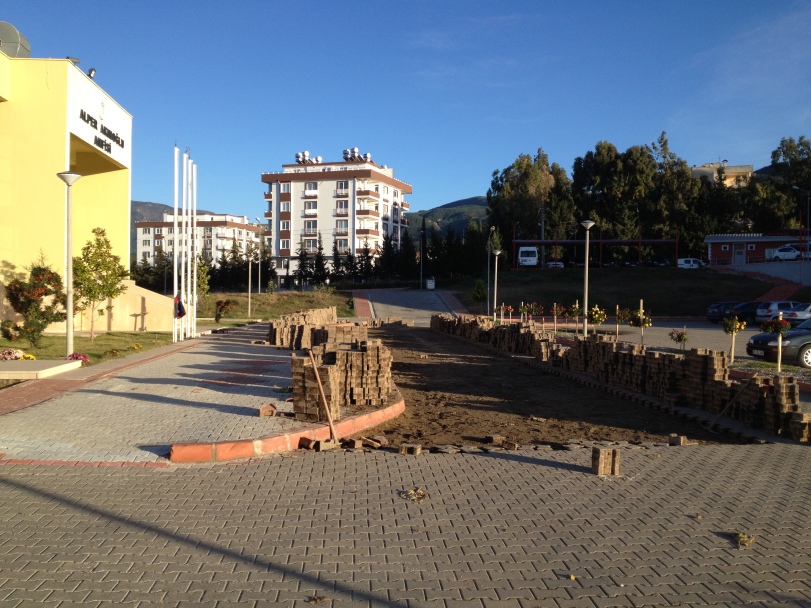 There are always construction projects going on around campus and in the neighborhood.

Of course, I’m fond of encounters with people in all areas of daily life. There is still a language barrier, but I’m working on it. However, I do encounter German speakers on a regular basis here, which generally leads to some sort of interesting experience, whether it’s in the bus station, at the market, or wandering through winding streets in a small town. Most of these people were Gastarbeiter in Deutschland in the 1960s and 70s, and many spent from ten to thirty years there. I don’t know how often they get to speak German anymore, so they are always eager to chat, and I never fail to come away with a wealth of new information.

Another German speaking friend in Malatya

Of course, this list isn’t exhaustive, but it’s a start. It’s safe to say I appreciate where I am from, and I also appreciate where I am now. Though they are thousands of miles apart, Oklahoma and Osmaniye have more in common than the number of letters in their names and O’s to start them out. The technology available to us today makes these worlds seem all the more closer, and makes it possible for me to share my observations with you, wherever you might be reading from.

Mosque in the evening