One of my favorites, lahmahcun– a welcome treat after extensive travel 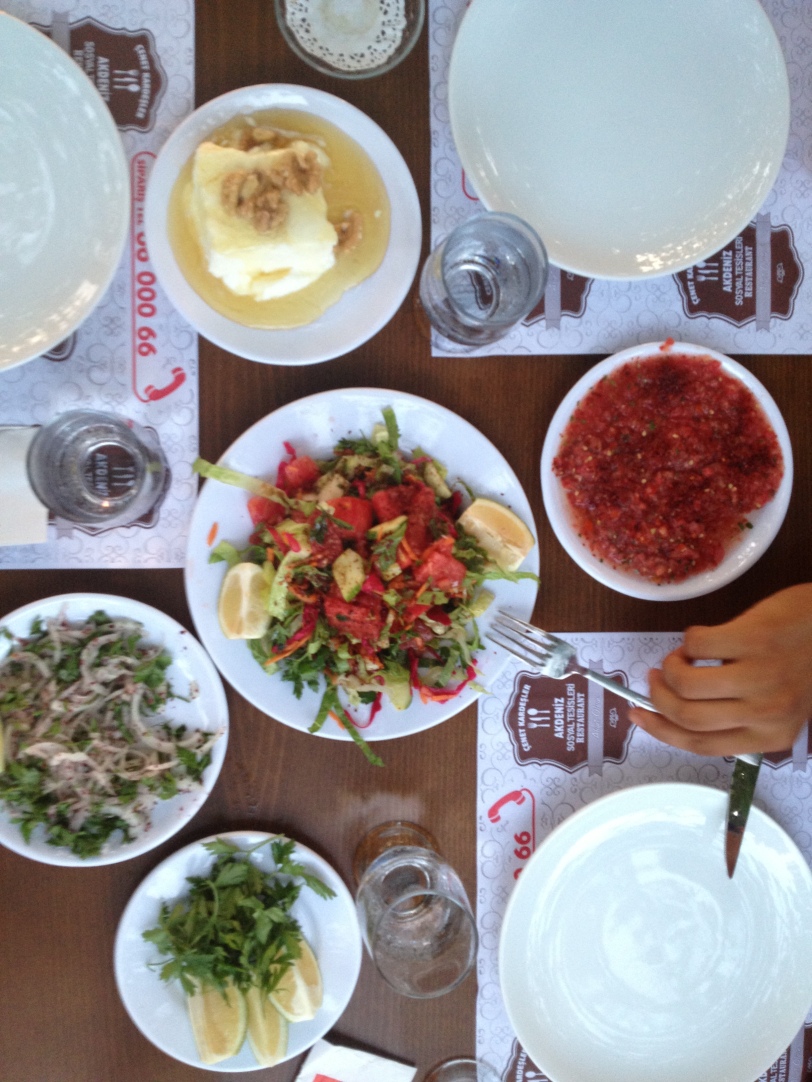 My first dinner back (with lahmahcun)!

I’m baaaaaack!!! Back in Turkey, that is. I had a fantastic time visiting friends and family in Germany and the States, got my fix of Mexican food and margaritas, and thoroughly enjoyed driving in a seemingly controlled and structured environment. I managed to squeeze in stops in seven states while in the US, and overall had a very fulfilling summer. When I returned to Turkey, I relocated to a new city, a new university, and a new home. I am grateful for my experiences and relationships that were formed last year, and am excited for a new year of adventures. I intend to continue learning new things daily, working on my Turkish language skills, and exploring every chance I get. Thanks for keeping up with my journey!

Lake Seyhan is just north of the city

The apartment search was challenging, but made a hundred times smoother by dear friends. Really, I could not have found a decent place for a decent price without the faithful and dedicated assistance of these friends. We encountered some obstacles, but in the end, kısmet prevailed and everything worked out. Some of these aforementioned challenges, besides generally searching for a new practical and livable space, include: the “perfect place” being rented out from under me mere minutes before we arrived; moving at the last minute an entire day before planned because the truck was only available at that time; then having to leave all my belongings outside my soon-to-be building since the owner refused to let us in twelve hours early; walking out of our meeting with the stubborn and difficult owner of the apartment I initially planned to move into; realizing then I had no apartment and all my things were sitting in the front courtyard of a now random building, and knowing I had to fly to Ankara in just a few hours. 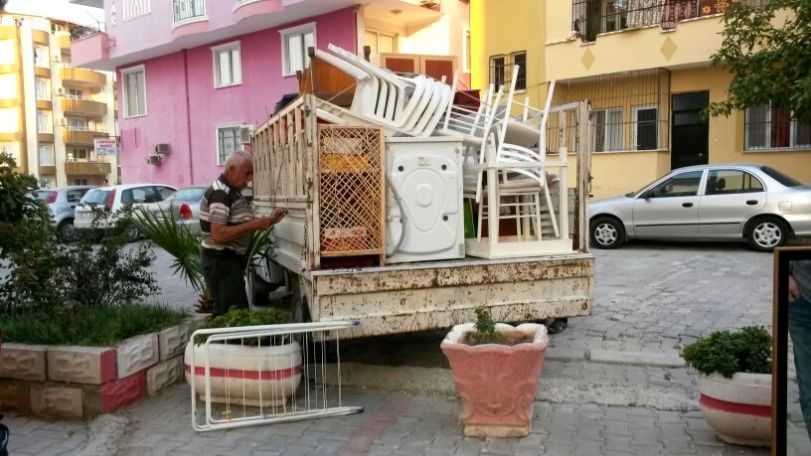 All my (new, thanks to Eda) stuff in Osmaniye loaded up and ready to go

What was GOING to be my building, but is in fact not

What was GOING to be my street, but now is not

When in doubt, think positively and keep the faith. Everything will work out!

Then, destiny started calling the shots and putting my life back in order. Someone called a friend of a friend who happened to know of a place. It was closer to my university, cleaner, newer, and had a better layout than the apartment I thought we had settled on. Due to some haggling and assistance from the family, we were able to strike a manageable deal, and I ended up moving in that afternoon. Of course, we were still faced with the challenge of figuring out how to get my things from outside the now random apartment building to this new place. We knew we were hungry, so on the way to get a bite to eat, we just happened to pass a moving truck (Turkish style) on the side of the street with a sign saying it was for rent. In Turkey, renting such a truck includes the driver, since one must hold a special license and capability to maneuver the rig. It turns out he was willing to make us a sweet deal, plus he ended up helping out a lot with loading the truck. Thanks to my incredible helpers, we got everything inside JUST before the clouds broke and rain poured down. And I still had time to shower and eat something before boarding my plane to Ankara.

Second moving truck–and move– in two days, and a dedicated helper going all the way by riding with my stuff in the back. Thanks, Alp!

Finally! A place to call home in Adana 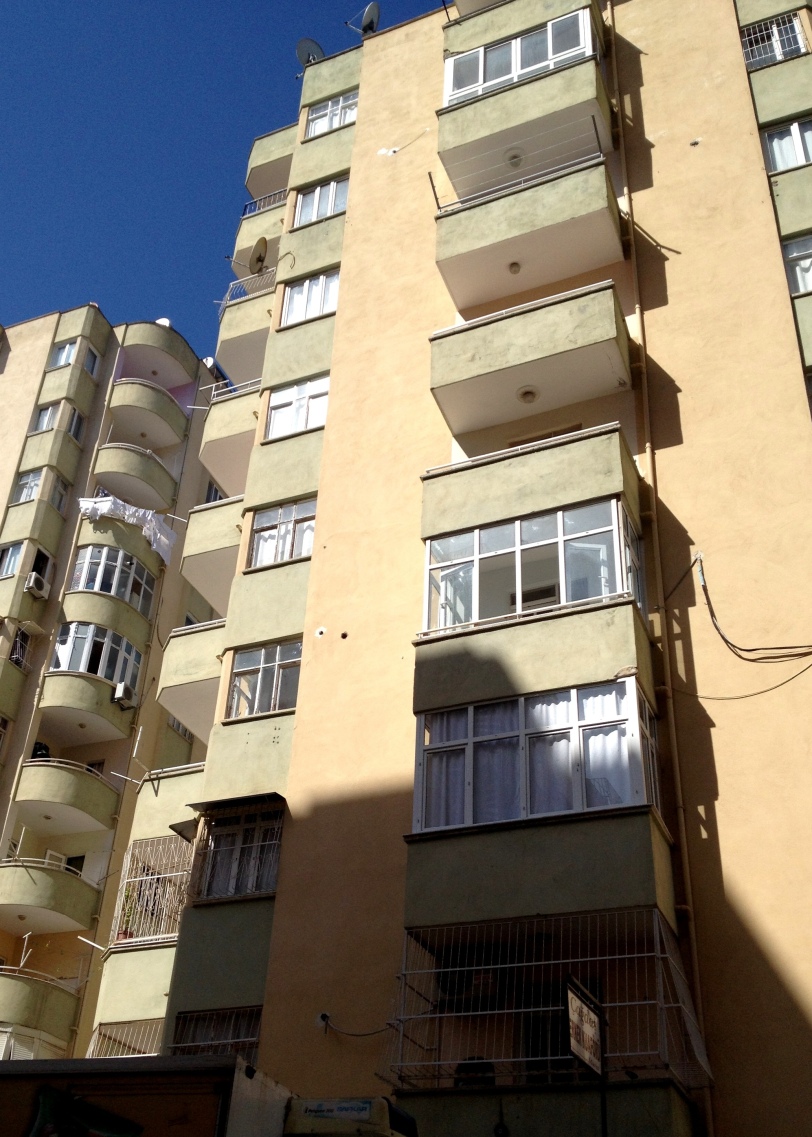 The building that houses my actual home

The balcony needs some cleaning, but still, I love it!

Thankfully, everything eventually fell right into place. I am still working on a few aspects of the apartment– locating a refrigerator, hooking up the washing machine, cleaning, finding somewhat attractive curtains and rugs, making friends with the neighbors– but all in all it is going well. One family has fed and hosted me numerous times, given me rides across the city, worked out deals on my behalf, spent time and effort on helping me get settled, and also had my new site mate Ben and I over for homemade lahmahcun. (Yes!) Again, çok teşekkür ederim to this family. I could not have done it without you! 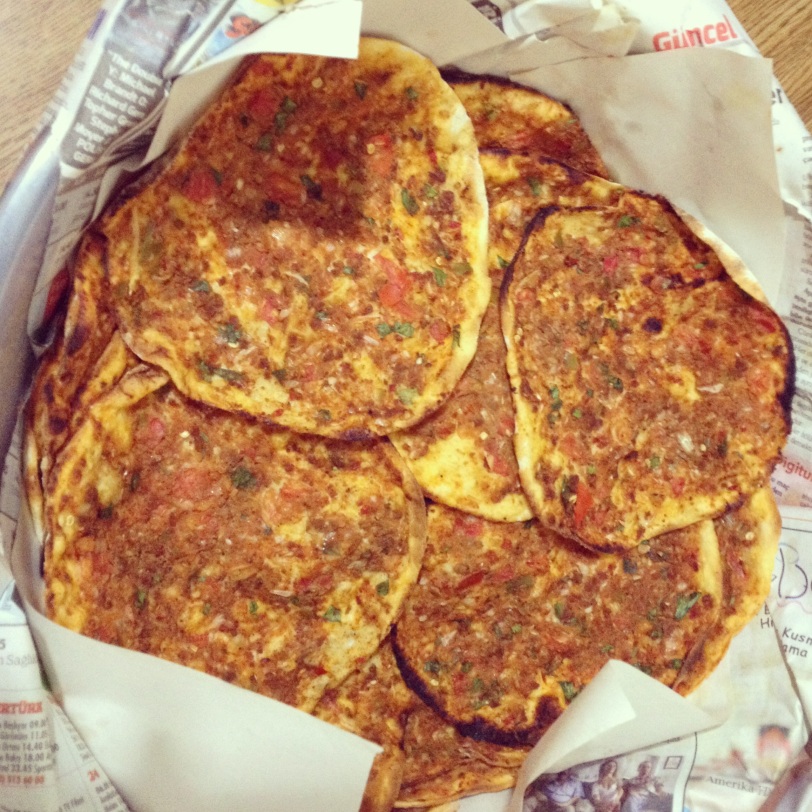 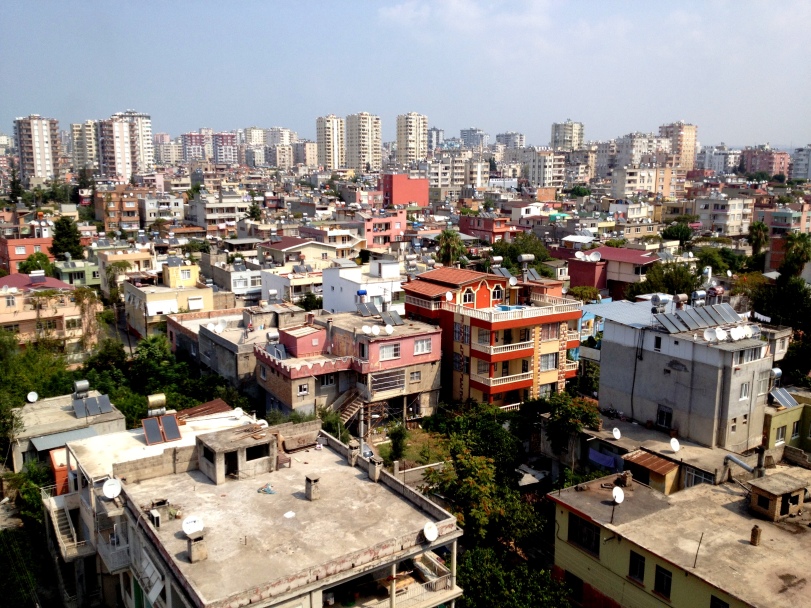 Looking out over Adana

3 thoughts on “Returned and Reestablished”